I had fallen down a dark and forbidden hole.
Wonderland.
A hole where I had two choices in life—to be a breeder, or to be a killer. To create life, or to destroy it.

I had chosen poorly.

Wonderland’s thermostat was all but frozen, leaving two opposing factions, the Pennas and the Cyans, to spread throughout the forbidding tundra of a land forever cast in a dark and deadly ice age, seeking only power and control now that Wonderland had become a frozen ball of ice.

In this frigid and cold hole, I was alone.

Until HE found me.
White Rabbit.

Rabbit was the leader of the Wonderland army, and I was now his captive. Forced to learn the art of submission, as well as the art of war, I became his soldier. From the moment I was captured, I became a mighty warrior amongst a cast of mad men.

But I was HIS.

And Rabbit would do whatever it took to battle my demons as we battled the enemy.

Hidden in the broken, and shattered Wonderland hid a new truth… a happily ever after. It was now my duty to find it.

*This book is a greatly altered and republished version of Dark Feather. 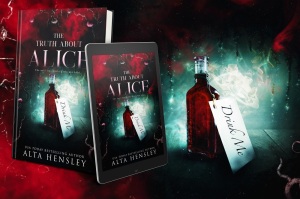 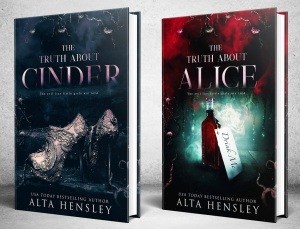 
She is also an Amazon Top 100 bestselling author. Being a multi-published author in the romance genre, Alta is known for her dark, gritty alpha heroes, sometimes sweet love stories, hot eroticism, and engaging tales of the constant struggle between dominance and submission.