Can he overcome his pain and heartbreak in time to save the woman he loves?
Life had always come easy to Navy SEAL, Asher Thorne, until an overwhelming loss made him doubt his ability to protect the ones he loved. Devastated, he has no choice but to push on and do his duty.
Eden York’s job as a translator took a dangerous turn when she was asked to work on a highly confidential project in Venezuela. She thought she knew the risks, but with the fate of a nation at stake, they didn’t matter—she had to help.
Eden’s international team of experts is targeted by terrorists, trapping her in an unimaginable situation. When Asher’s team is sent in to rescue them, he wants to believe that this time will be different, this time he can protect someone worth saving, even if he has to sacrifice his own life to do it. 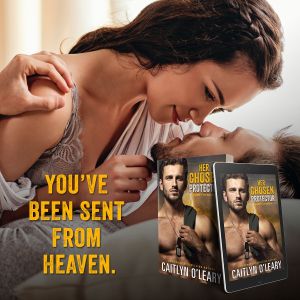 EXCERPT
Asher took over the kiss, brushing his lips over hers in a tantalizing slow rhythm that coaxed her into following. Slowly his lips parted hers, and his tongue stole into her mouth, seducing hers into a dance. She felt the sensations flow down her neck, into her chest, and tighten her nipples. She rubbed her breasts against his chest, trying to find relief.
Is that me whining?
Ash’s fingers tangled in her hair, tipping her head in a way that allowed for a deeper kiss. She felt his heartbeat against her chest and beneath her fingers at his neck. He nipped at her lips, forcing her to open wider so that their breaths could mingle, and he could tempt her with a thrusting tempo, one that would be even more satisfying if it wasn’t just his tongue and a kiss.
She moved her hands and scrabbled for the hem of his t-shirt.
“Shhhh, slow down,” he soothed.
“No.” She thrust her palms under his shirt and sighed with pleasure when she met with the hot hard planes of his stomach. It was like touching hot velvet steel, only better, because it was Asher. She needed more. She pushed up higher and then groaned as her fingers delved into his chest hair.
“God, Asher.”
“Eden, you don’t mean this, Honey.”
She tugged at his chest hair to punish him for denying her. “I do.”
“Eden,” he protested.
“I need to get close. Just let me get closer to you.” She heard the need in her voice and winced. “Please, Asher?”
As if he knew exactly how much it took for her to ask, he whipped the shirt over his head. It ended up somewhere, she didn’t care where. Then she was lifted and gently lowered down onto the carpet, her head resting onto the makeshift pillow.
“I need to be close to you too, Eden. You, Eden York. No other woman would ever do.”
How does he know the right words to say?
Asher looked her right in the eyes, then slowly, ever so slowly, unbuttoned the first button of her blouse. He placed a kiss on the upper swell of her breast. “So beautiful.”
He trailed kisses upwards, until soon their lips met again, and she was lost in a maelstrom of heat, hunger, and passion. She tried to spread her legs wide so she could wrap them around Asher, but the skirt was too tight, so she had to suffice herself with squeezing his thigh. She pushed up against him, trying to ease her ache.
“Eden—” he started.
“I need more,” she sobbed. After hearing his story. After seeing this man’s soul, she needed him. It felt like the world was crashing in around them, and she wanted him! Was he going to make her beg?
“Shhhhh, I’m here.” He cupped her head tightly to his chest. She started to relax. It was like she could breathe. “It’s okay, Baby, I’ve got you. I won’t let you down.”
ALSO AVAILABLE 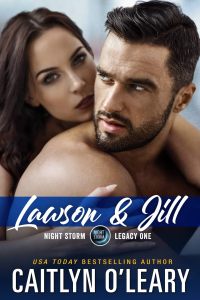 Who am I? I’m the woman married to John, daughter of Pat and Vicki, and sister to three brothers and one sister. I’ve been writing professionally for six years, have written over thirty books and am a USA Today Bestseller. But the truth? The absolute truth?
I’m just a book junkie. I love, love, love to read. I read every Nancy Drew and Hardy Boys book, but Trixie Belden was my favorite. I read the World Book Encyclopaedia set when I was in middle school and had pneumonia. Books have been my escape and saviour on many occasions.
It’s my hope that my books can bring you happiness. That’s it. Can you grin? Can you be uplifted? Can you be entertained? Will they make you think about life a little bit differently? Then Yay! Be sure to keep in touch, I actually answer my e-mails. caitlyn@caitlynoleary.com
AUTHOR LINKS